What to Know Before Hiring A Wedding Videographer 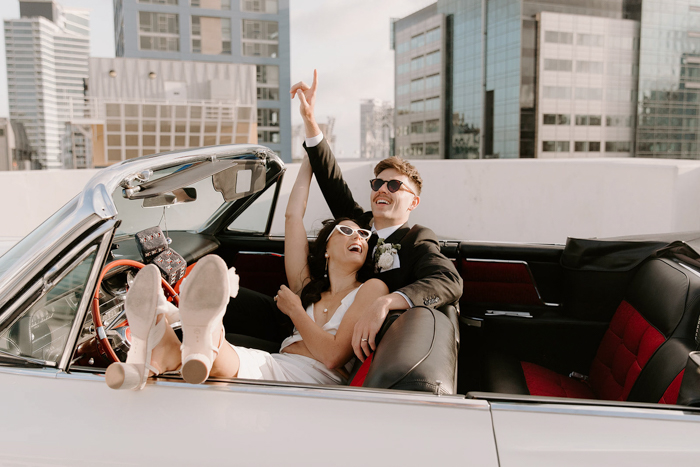 While planning your big day, you probably hear a lot about the importance of hiring a trusted team of wedding vendors. From wedding planners to photographers, there are a lot of people you’ll want to have by your side. But there’s one more key player you shouldn’t skip out on—a wedding videographer.

Videography is an investment that we think is worth it if you have room in your budget. After all is said and done, your wedding photos and film are what you have to remember your day by, which is why narrowing down your choices of videographers can be overwhelming. That’s where we come in. Whether you’re 100% sold on hiring a videographer for your wedding or still need a little convincing, here’s everything you need to know while you look around.

Why Should You Be Hiring A Videographer?

Your wedding film brings your special day back to life with just a press of a button. Hit play and you get to relive all those sweet memories over and over again. Sure, wedding photography has a similar ring to it, but having a video to accompany your photos will give you the full experience to look back on. And you can guarantee that between your photographer and videographer, you won’t miss a single moment.

Like with any other wedding vendor, videographers typically have a variety of different offerings to help create the perfect package for you. Packages allow couples to hand-select services that align with your expectations and budget.

Here are some of the most popular package options you’re likely to see when hiring a videographer:

Have you ever watched a movie trailer? This is the same concept, but for your wedding day. Often accompanied later by a short film, this trailer—or teaser film—is created by your videographer while they continue to edit and craft the final product. Some videographers include a teaser video as a part of their package, while others offer it as an add-on.

With many videographers, the highlight film is the final product you will receive. Being one of the most common package choices, this film is non-linear (not necessarily in chronological order) and takes a more modern approach. It’s a three to ten-minute cinematic compilation of the most memorable moments.

If you decide on a package with a short film, you’ll receive an edited version of your wedding footage that takes a more linear form (in chronological order). This style typically includes a portion of your vows, reception toasts, etc. Depending on how long you book your videographer for, the film may also include getting ready footage, first look footage, and your grand exit.

Some videographers offer an option to have footage from your wedding edited on the spot and shown during your reception. Though this offering is more difficult to hunt down, it can be a fun surprise for guests on the day of.

Most videographers offer à la carte options to receive additional footage from your day. A few popular add-ons include:

While each videographer puts their own artistic touch on their work, there are a few styles by which most videographers can be categorized. These are the most common styles to look for in your search:

Cinematic is the most popular style of videographer you’ll find. These films are most like real movies, edited and stylized like cinematic pieces of art—hence the name. There are two main styles within cinematic videography: Modern Abstract and Classic.

Modern abstract style is characterized by a non-linear approach. These films are created to make the viewer feel something, both in how the footage is arranged and the music used. The footage used in a modern abstract film is more likely to include atmospheric footage, or B-roll, which helps capture the overall mood of the day. Modern abstract films typically use little or no speaking from the day.

While modern abstract films are almost entirely non-linear, classic cinematic films may provide a stylistic edit of events from the day in between bits of B-roll. While you still feel a sense of the wedding atmosphere, your video will include more intact footage or sound bites of events.

A video journalistic approach is meant to capture the day as it occurred. This means that your film will include footage of some of your day’s biggest moments while also highlighting the other happenings of the day—getting ready, guests interacting before the ceremony, messages from guests, dancing at the reception, etc.

A storytelling style relies on sound bites—from the day and recorded at another time—to tell the story of your big day. While music is used to create an emotional reaction in other film types, storytelling uses sound bites for dramatic effect.

It comes as no surprise that Super 8 film has taken the wedding world by storm. It gives your film a vintage flair, making it a unique way to set your film apart. Some videographers may use this film to document the entire day or will blend it with modern recording technology for a truly personalized effect.

Questions To Ask Before Hiring A Videographer

You’re now equipt with all the knowledge needed for hiring a videographer that matches your desired style, video length, and budget. It’s officially time to start your wedding vendor search. And lucky for you, you’re just one click away from some of the top wedding vendors—including videographers—from around the world. 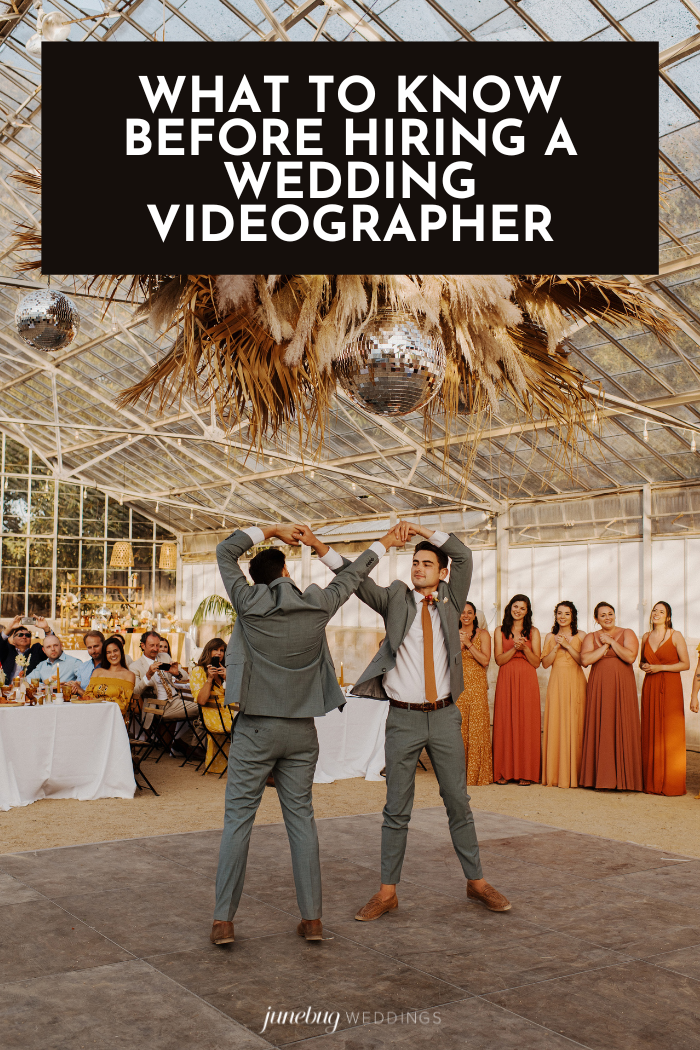