James and Sascha made a good decision when they hired Soda Films Europe to film their wedding. In fact, their wedding videography made it pretty clear to us why hiring a filmmaker for your wedding can be such a wonderfully creative way to hold on to memories from that day. We interviewed Marcus Sanders of Soda Films about his experience shooting the wedding and his own personal style as a filmmaker. It was extremely interesting to see the front end of the wedding production, but to also hear about the behind the scenes action.

What inspired you creatively about this wedding?

“My initial meeting with Sascha and her mother Leslie in Sydney about 6 months prior to the wedding for their enquiry.

It was during this meeting that they described certain elements of the wedding (in particular location) and whilst I had no visual aids to support what they were describing it was the level of excitement they put forward in their words that in turn got me excited and above all else told me that it meant a lot for them to take the wedding abroad. Once I told them about the philosophy behind a Soda Films coverage and what to expect from my own presence on the day they looked at me with such trust and belief and I sensed on Leslie’s behalf just how invested she was in having me with them on the day. To have gained their acknowledgement, trust and respect in this regard became my first inspiration point because every wedding presents an unforeseen playground of possibilities and before even seeing a glimpse of it all I already knew how valued my record of the day would be to them in terms of providing that keepsake memory for the couple and their families. The next time I saw Sascha and Leslie would be in Florence the morning of the wedding.”

How would you describe your own artistic style?

“Many key words are often thrown around by wedding cinematographers because they induce a trustful feeling of what they bring to the table, however I emphasize my true loyalty to the notions of candid and natural approach to my wedding cinematography. Soda Films is a rare supplier that has the confidence to send out a single person to obtain a coverage – and obtain it at the standard we are known for. The goal of our coverage is to simply document the day in as comprehensive and unobtrusive manner as possible. While doing this our follow up goal is to obtain this coverage with an artistic eye for the shots we are going for – a heightened sense for nice, clean and interesting framing wherever possible.

There is no reliance on excessive and bulky equipment like glide tracks, steady cams, dollys, cranes, helicopter cams etc which are easy go-to gimmicks typically utilized to generate impressive shots. Our couples are impressed with our simple and natural approach to cinematography that is coupled with masterful editing that truly listens to the story of the day and compiles a well structured representation of each unique day in order to present it back to the couple.

Ghost like presence on the day is particularly important also. There is no purposeful playing to the camera required. Our couples haven’t booked us because they want to act for us – they’ve selected us simply because they want to enjoy the day and retain a great record of it all while not imposing this feeling upon their guests that a large production is going on which can be offsetting and simply has no place at a wedding.”

Are there any funny stories to share from this wedding?

“This is perhaps one not necessarily fit for publishing but the first thing that comes to mind pertains to the final moments right before the ceremony commenced. Just prior to the bride making her entrance I myself managed to stumble in the aisle whilst taking my last shots of the guests waiting. It turned out that the aisle had been positioned over a concrete area where there was an upraised brick that was covered by the white carpet. I immediately thought to myself – oh dear, this wouldn’t look too good if the bride tripped over when walking down the aisle! Although the music had already started I walked right up to Sascha and her dad and said “guys – just want you to know there’s a raised brick under the aisle that you might trip on so please watch your step!” Sasch said “oh ok, cool thanks!” and repeated it to her dad. Of course 30 seconds later I filmed the father of the bride stumble in the exact spot I fell victim to. Thankfully he did not fall over but just smiled, had a chuckle and shrugged it off as he continued walking his daughter to the front. It was an endearing moment for me to see when I thought about it because it told me that the moment of walking his daughter down the aisle was so strong that even a relatively important warning given 30seconds prior completely disseminated from his mind and area of concern.”

Thank you to Marcus from Soda Films Europe for letting us have a sneak peak into a cinematographer’s head and sharing Sascha and James’ magical day with us! 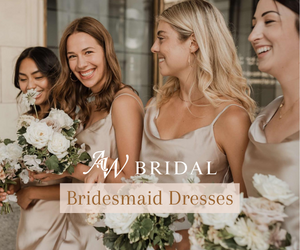