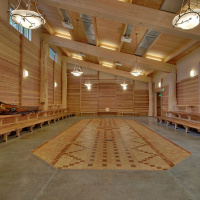 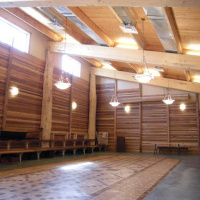 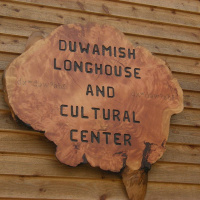 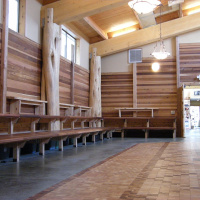 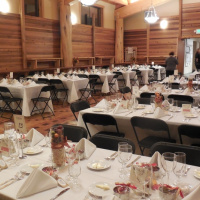 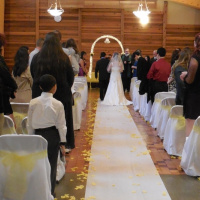 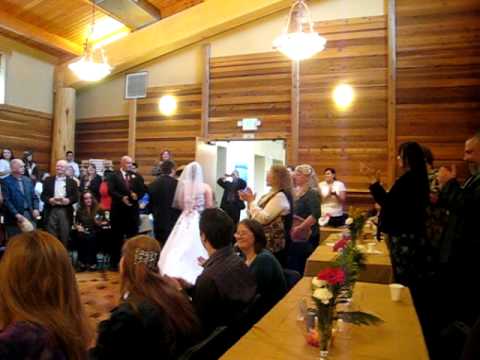 The Duwamish Longhouse is a traditional cedar post and beam structure set overlooking the Duwamish River Valley, and available to rent for your intimate wedding reception. This beautiful building reflects historic Duwamish cultural and esthetic traditions in the heart of Seattle. It holds up to 100 guests with tables and chairs provided, and features a commercial kitchen, sound system, and gallery space with Coast Salish artifacts, sacred Duwamish objects and modern art from Duwamish and other local native artists. The Duwamish Tribe are thrilled to share its Longhouse with the public to reinforce its cultural and social traditions, as they actively work against the erasure of Indigenous histories and traditions. The hallmark of this building and culture center is inclusiveness.

The Duwamish Tribe is the host tribe for Seattle, our area’s only indigenous tribe. The Duwamish people have been in the Seattle/Greater King County area since time immemorial. Our stories, such as "North Wind, South Wind", tell of the last Ice Age, and an Ice Weir breaking over the Duwamish River.

We were the first signatories on the Treaty of Point Elliott in 1855, signed by Chief Si'ahl, who was chief of the Duwamish and Suquamish tribes.

Our longhouse today stands across the street from where one of our largest villages was located before it was burned down by settlers in 1895.

The six-member tribal council, headed by Cecile Hansen since 1975, meets monthly, and tribal gatherings are held at least annually. Tribal leadership has been very stable with fewer than six changes in leadership in the last 85 years.

Why couples love The Duwamish Longhouse

Thank you for your submission. We will be in touch soon!